Dutch-based Rabobank Foundation has provided its largest ever loan to a new pelleted poultry plant in Central India that is run by women.

The €1.2m loan has helped construct the factory in the Indian State of Madhya Pradesh. It is owned by a federation of 10 poultry growers’ cooperatives – Madhya Pradesh Women Poultry Producers Company Ltd (MPWPCL) – has more than 6,000 members. 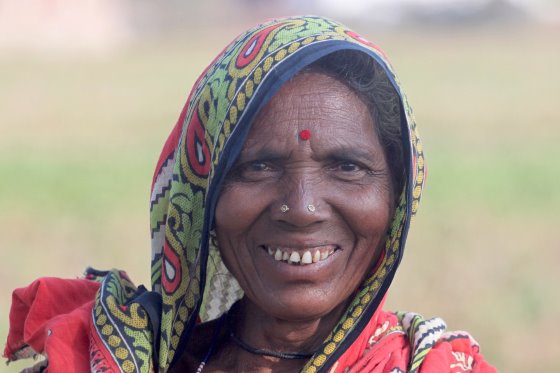 The recent opening of the plant came in the same week as a report by the McKinsey Global Institute, which estimated that boosting women’s participation in the Indian workforce could generate an 18% increase in the country’s Gross Domestic Product (GDP).

The factory will support an integrated poultry production model that has made thousands of women business owners. It is the latest financial backing from the Foundation in a decade of support. An Ha, Rabobank Foundation Asia programme manager, said: “Now that they are selling eggs or chickens they are earning. That means they have a say in decisions.

“Previously, some of these women could not read or write. Many are running a cooperative and learning business skills; they ask questions until they understand.”

Last year, the MPWPCL collectively earned the equivalent of over €2.5m.

Kunti Dhruve, President of the Kesla Poultry Cooperative, is enthusiastic about the change: “We are now the owners of our business when we didn’t have anything to call our own once. Everything else is in the name of our husbands. This is a dream that we are seeing in our own lifetime.” 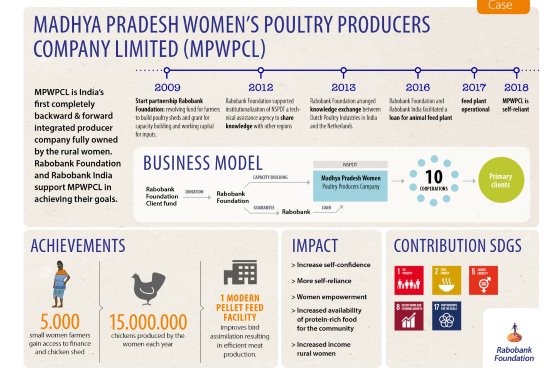 Before the factory was built, feed was produced in an outdated and inefficient facility. Grains were simply ground into powder and then mixed. Now all ingredients are first heated to 80°C. This increases feed digestibility and decreases the amount of microbes, so that the chickens are healthier and grow faster.

“Using the pellets will greatly improve our feed conversion rate,” said Dr Hare Krishna Deka, MPWPCL chief executive officer. “We will need 150g less feed to produce a kg of bird. We produce 2,500 metric tons of chicken each month, so it represents a significant saving on input costs.”